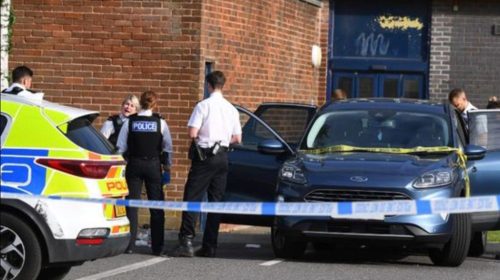 A man has reportedly stabbed himself in the throat after being confronted by paedophile hunters in Liverpool.

A video of the distressing incident appeared on Facebook Live, showing the moment he reached into his car and pulled out a knife before slitting his throat. It has since been removed.

Emergency services quickly descended on a car park on St Chad’s Drive where the incident took place and the injured man was taken to hospital, where he in a stable condition.

Police have cordoned off an area of the short stay car park near Kirkby Police Station.

According to the Liverpool Echo, a DJ unrelated to the incident arrived at his shift working at a pub and said police had been everywhere by the time he arrived for his shift at 5pm.

“He said a sheet was put up and the man was loaded into an ambulance.

Merseyside Police said in a statement: “We can confirm that officers were on St Chad’s Drive following an incident this evening in Liverpool (Friday, August 26).