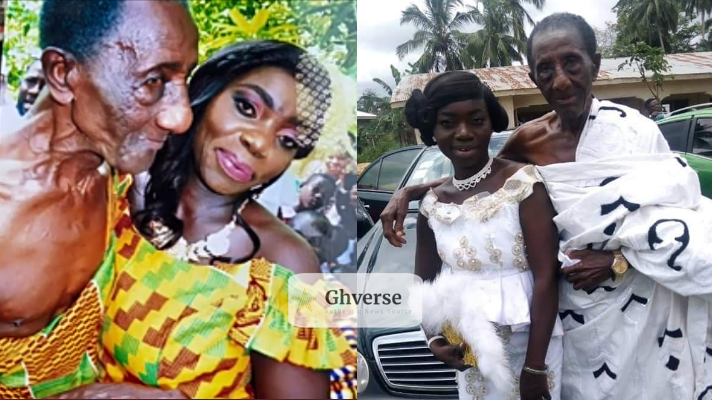 A video about a young lady, 35 years old, who got married to a 97-year-old man was circulating online.

Ghanaians after seeing the video reacted that the wife could qualify as the groom’s granddaughter.

Read Also: “Carry your money, I no dey do again” Sakawa Boy fed up with the ‘heat’ cries in new video

The 35-year-old laddy in an interview with KOFI TV has finally revealed why she decided to get married to the 97-year-old man.

The lady revealed that, the old man helped her during her difficult moments.

According her, she got impregnated by another man and the man jilted her, and it was th 97-year-old man who accepted her and took care of her.

Therefore she could’nt turn down the old man’s request after he expressed his interest to marry her.

She further disclosed that when it comes his performance in bed, the 97 old man is very strong and good in bed.