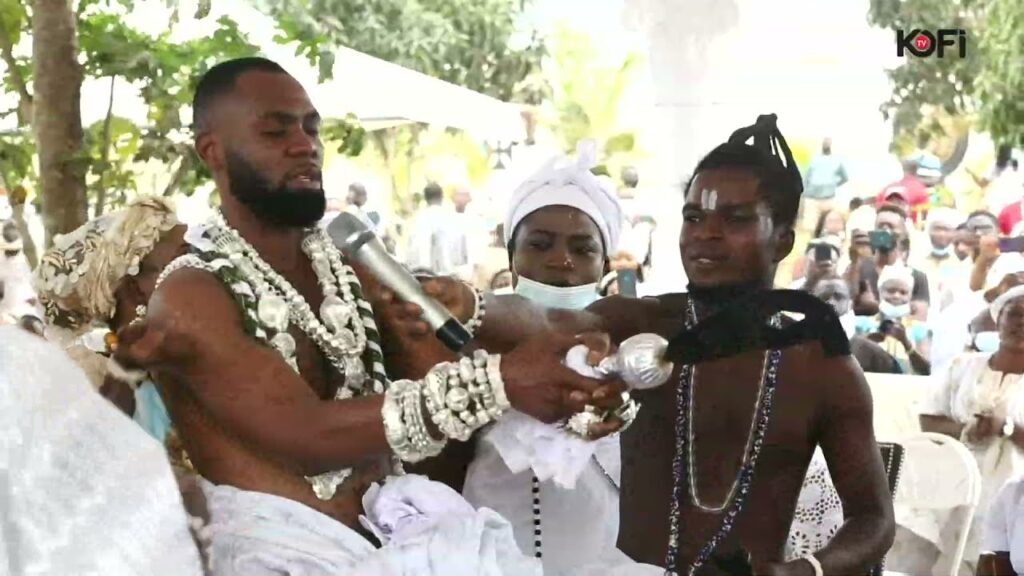 Ayisha Modi has allegedly exposed her godfather, Rev. Obofour, the leader and founder of the  Anointed Palace Chapel.

According to the report, Ayisha Modi told a Ghanaian man known as Kingsley Peprah that Rev Obofour is a murderer despite being a man of God.

Kingsley Peprah who happens to be Ayisha Modi’s friend quickly jumped in social media to expose her friend after an alleged promise and fail issue.

Peprah said that Ayisha had promised to give him 3 acres of property, but that this was only a wishful thinking because it never materialized.

Kingsley, who was obviously irate, made a video in his car in which he chastised Ayisha for giving him a ride.

He recalled a time when Ayisha Modi was being harassed online and how he decided to come to her aid. He claimed that Ayisha called him afterwards to express her gratitude for speaking up for her.

According to him, Ayisha assured him that she would give him the 3 acres of land she was purchasing at some village on the Accra-Cape Coast road.

Before Ayisha phoned him once again, he had not heard anything regarding the land for several months.

He claimed that Ayisha mentioned some repulsive things to him about Rev. Obofour this time. He said Ayisha informed him that Rev. Obofour was believed to have been responsible for a murder!

Peprah then forbade Ayisha from bringing charges against the man of God because she would present evidence to support them.

watch the video below for more;