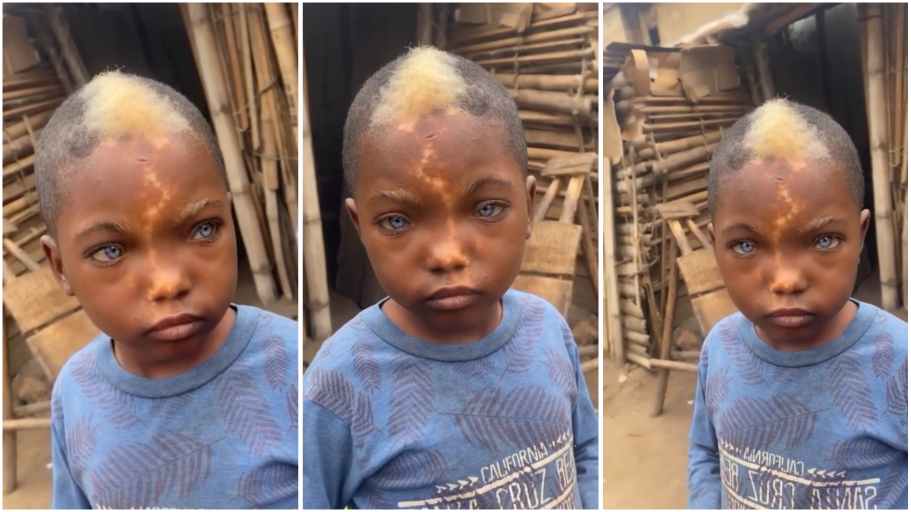 Viral Video Today: A video of a little black boy with blue eyes and other rare facial features has sent social media users into a frenzy.

When we imagine a person with blue eyes, many believe it is a person Caucasian. In the collective consciousness, it is generally thought that blacks do not have blue eyes because they usually have dark eyes.

Others think it’s either of the lenses, is the result of miscegenation, a disease, etc.

Well, A little black boy has become a viral sensation owing to his uncommon and mindboggling facial features.

In a TikTok video that has garnered over a million views, the boy looked into the camera and looked in another direction as his stunning facial features are captured.

In addition to the blue eyes, the kid has white front hair and what looks like a lightning mark across his face.

In addition to the blue eyes, the kid has white front hair and what looks like a lightning mark across his face.