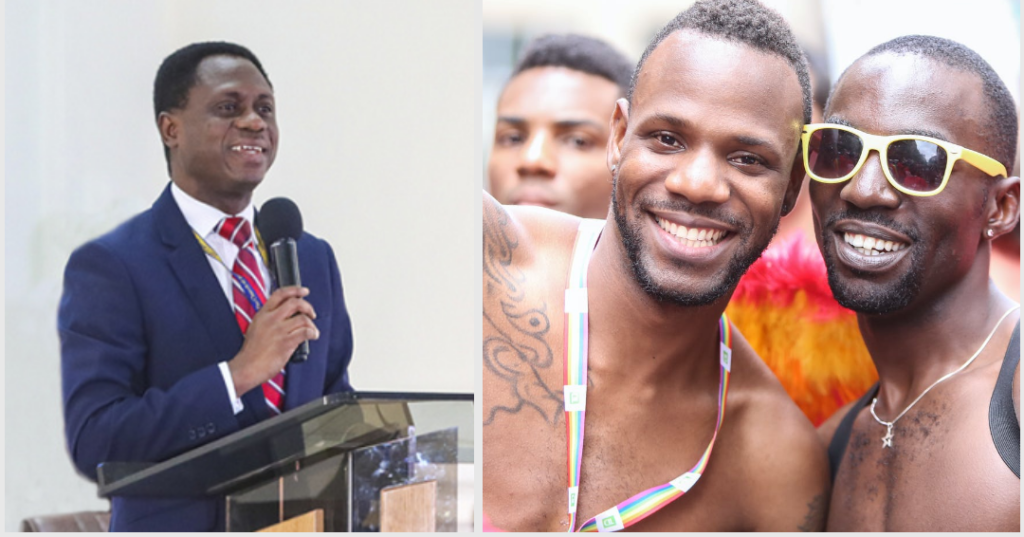 Church of Pentecost States their Position on Anti-LGBTQ+ Bill

Apostle Eric Nyamekye in an interview monitored by Ghverse.com said that his outfit will vote out any political party that stands against the passage of the Promotion of Proper Human Sɛxual Rights and Ghanaian Family Values Bill.

“We’re going to cause people to come onto the street and we’re going to warn any government that if you vote against this bill, we will vote you out, that is it. There’s no room for neutrality,” he told journalists.

Apostle Nyamekye was part of about 30 top clergymen who presented a memorandum to the House’s Committee of Constitution of Legal Affairs on Wednesday in support of the bill.

Speaking to journalists at the Parliament House on October 7, Apostle Eric Nyamekye explained that the Church will do everything possible to ensure that the bill is passed because “it’s about the future of the nation.”

“What I’m saying is not political… Anyone who wants to destroy this nation, we will not allow you to rule us,” he added.

The Man of God also insist that further dragging of the bill will allow a lot of people to speak to it thereby delaying the passage of the bill into law.