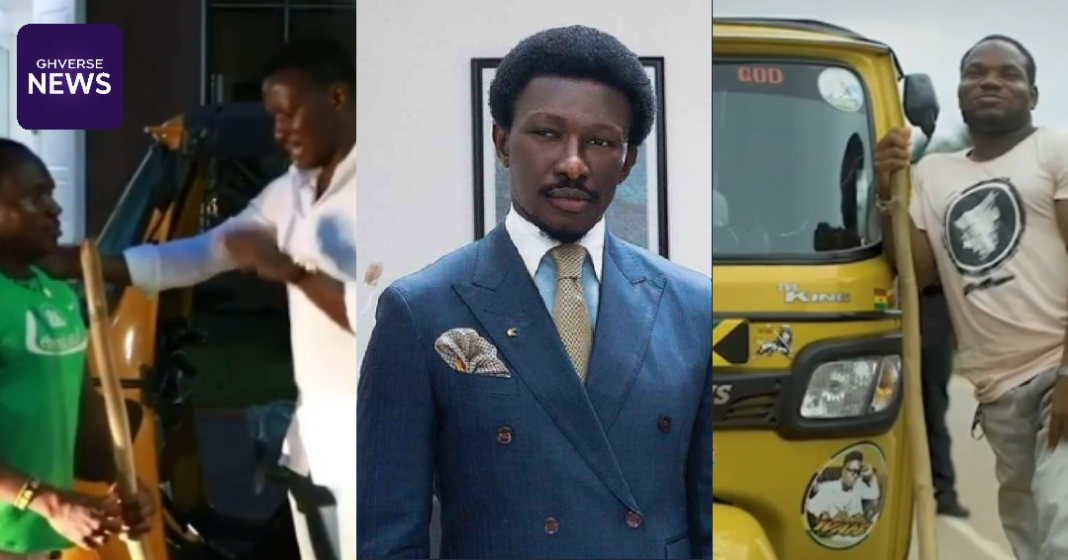 NPP group petitions Council of Elders over ‘Bawumia for 2024’ declaration

King David
King is a seasoned entertainment and lifestyle writer, holds a Bachelor of Arts certificate in Sociology. He is also an award-winning publicist and social media enthusiast. Link up with King on his social media handles.

Cheddar reveals that he met the disabled man nicknamed One Leg a year ago and he told him he would want to start his very own tricycle business.

According to Cheddar, the man inspired him sicne he wanted to be a living proof that disability does not mean inability and in view of that, he has decided to bless him with his first tricycle to start the business.

Cheddar before gviving out the motor to One Leg asked him to work hard and buy two more tricycles and if he is able to accomplish that, he would buy him two more in addition to the three he already had.

One Leg did not disappoint him and was able to buy two extra tricycles and employed other diabled people as drivers, secretary and accountant. Cheddar stated that One Leg has inspired him and proven that disabled people cvan also make a living for themselves if they believe.

Cheddar also revealed that id he had given him money the very day he met him, he would have spent it and gone back to poverty so he decided to start a business for him.

NPP group petitions Council of Elders over ‘Bawumia for 2024’ declaration

© Accra. All rights reserved. Ghverse® is a multimedia news provider in Ghana.