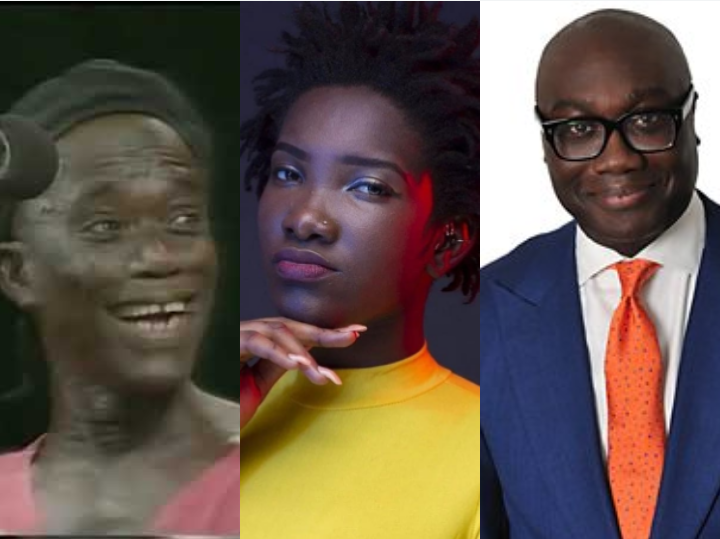 It is unthinkable how some celebrities rose through the hustles to become famous and lost their precious lives just at the pinnacle of their career. Although death is inevitable, tragedies such as these are heartbreaking. One thing I have noticed in Ghana is that, we hardly remember and celebrate our dead, which is less a characteristic of us as Africans.

With no intention to remember our grief, I present to you famous Ghanaian celebrities who died right the time they became recognized as famous and influential. This is purposely to make us remember, appreciate and celebrate our departed heroes.

Sussy Williams rose through the hustle to become one of the most promising actresses in the country. At the time of her fame; in the early 2000s, the name ‘Sussy Williams’ was mentioned in every Ghanaian Household. On September 8, 2005, she was reported dead through a car accident at a tender age of 23.

Komla Dumor was an award-winning Ghanaian broadcaster. Through his career, he worked with Joy FM in Accra and later became the face of BBC’s Focus on Africa. At age of 41, this amazing talent died on 18 January 2014 as a result of a cardiac arrest.

Owusu Ansah’s fame spread across Ghana and Nigeria as one of the most famous actors in the movie industry then. His demise came as a a shock to many. On 2nd May 2008 he was reported to have died by a car accident on the Tema Motorway in the Greater Accra Region of Ghana. He died at age 41.

He became one of the pioneers of dancehall genre of music in Ghana. He died in October 2003 at a young age of 21 from a car accident while returning from a performance at the University of Ghana, Legon.

Most Ghanaians will remember our dear Ebony Reigns as an entertainer and a great talent. In 2018 Ebony made history as the first female musician to win the prestigious VGMA Artiste of the Year. Sadly the young musician was only 20 years when she died on the spot through a tragic car accident. The sad news that hit many Ghanaians hard, happened on 8th February, 2018.

News about Bernard Nyarko’s demise was hard to digest because it was within the time he became a full time preacher that this tragedy befell him. On May 2, 2020, same day that Kwame Owusu Ansah died, Bishop Bernard Nyarko was reported dead on his sick bed. However, his age is one that he kept a secret with all his life. He recognized as one of the best actors in the country until his sad demise.

John Evans Kwadwo Bosompem also known Bob Santo or Santo became the best comedian of his time in Ghana. Just at the pinnacle of his rise into the limelight, news on his death broke. He died in the year 2002 at West End Hospital, Kumasi in the Ashanti Region.

Isn’t it not alarming that most of these precious lives were lost through road accidents? Let me therefore use this platform to caution road users to be very vigilant when plying the road.

Meanwhile, if you think this piece is informative share and follow Ghverse.com on on all social media handles for latest News and more amazing contents.