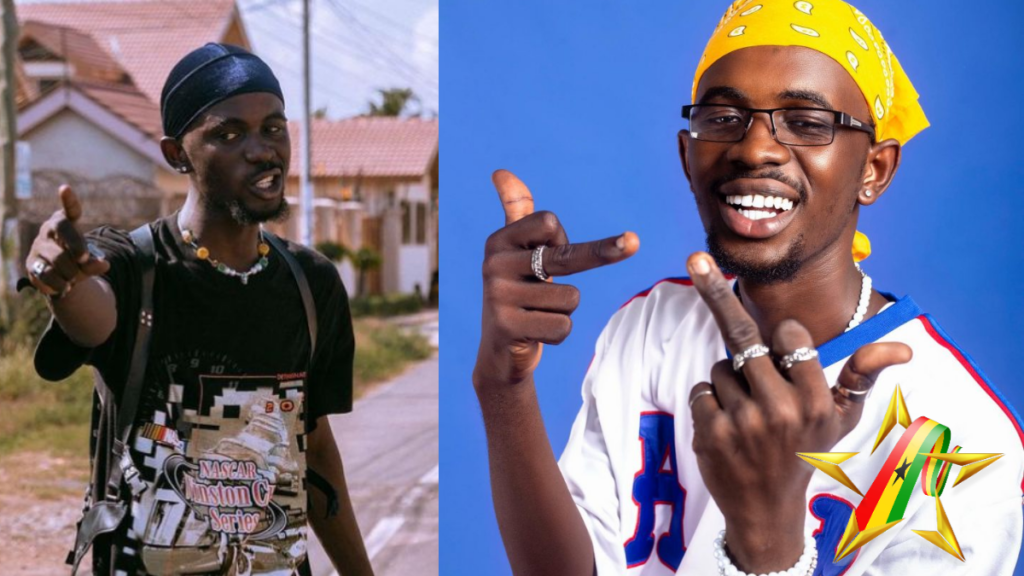 To Black Sherif and black tribe fan base the name Auntie Marie said is not new. The name became a house hold name when Black Sherif introduced it in his “second sermon” song. “Auntie Marie nim S3 dis be the life adey live for here” as the lyrics goes. Many guessed the name could probably be Black Sherif mother or a cherished relative.

Fans and lovers of music who have been wondering for long on how they could see the real face of “Auntie Marie” whose name is one of the reason the song seems interesting have less to worry about. Well, Auntie Marie as mentioned in Black Sherif’s song happens to be his mother Ghverse.com can confirm Black posted a screenshot of a video call he had with her.

Information privy to Ghverse.com reveals that Black Sherif’s mother lives in the states in other words, she is outside Ghana. This happens to be the reason why the artiste hasn’t visited to see how she is faring.

We can recall that Black Sherif has made it clear how his mother, now known to be Auntie Marie hates his street lifestyle.

This was when he was asked how his mother feels about his craft, Black Sheriff stated in an interview with TV3’s Mzgee that;

“I chose the street life although I’m not from the streets. It is my decision. My mother do not like seeing me like this but I want to be there. There are a lot of inspiration and stories on the streets that inspire one to write better songs. Most of the songs I sing are made out of stories from people I connect with on the street. They are real-life experiences.”

Wath the full Interview Below:

So if you ever wondered how Black Sherif’s mother looks, this is Auntie Marie Black Sherifs mother for you: