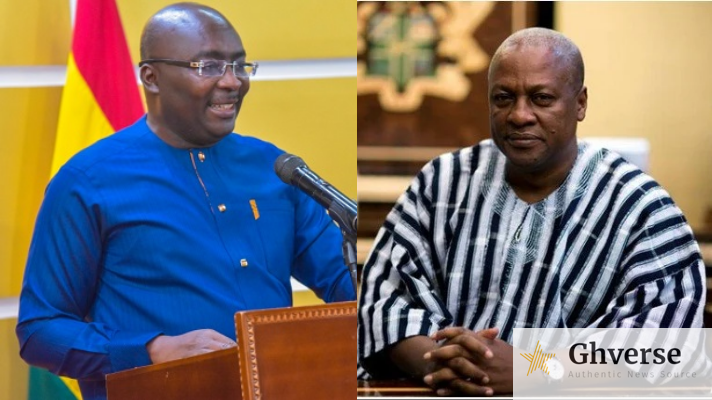 ‘God has already saved us from you’-Bawumia taunts Mahama

Veep Dr Mahamadu Bawumia has shared a video of the former president and flagbearer of the National Democratic Congress (NDC), John Mahama on one of his campaign trail in the Bono Region.

In the footage as sighted by Ghverse.com, the former president is seen addressing his followers and sympathisers of the NDC telling them to vote for him in the 2020 general elections.

Mr Mahama at the said event said, “God is not wicked to give us another four years of Nana Akufo-Addo”.

Looking up to the heavens, Mr. Mahama continued and said “God, don’t give us another four years of Nana Akufo-Addo”.

However, H.E Dr Mahamadu Bawumia has shared the said video on his Facebook page and captioned it “God has already saved us from you”.

The former president is currently on his campaign trail at the Bono regions hoping that come December 7, the good people of Ghana will give him the mandate to serve as president for the second time.