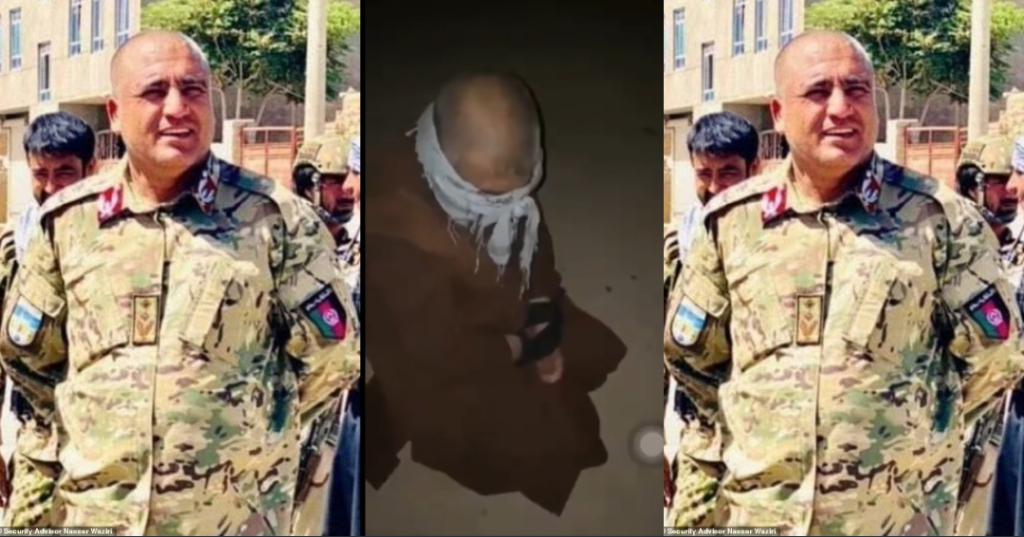 A very sad videos involving an Afghan police chief being executed by Taliban militants while blindfolded and on his knees has surfaced online.

The video, which has gone viral, appears to show General Haji Mullah Achakzai handcuffed while two men, allegedly militants, converse in the background.

As the police chief waits for his fate, a man approaches with a gun and shoots him, after which he falls motionless.

In his 60s and was previously the commander of Badghis Province, the police chief is believed to have been detained by the Taliban after they took over the area near the Turkmen border.

The Islamist militant group has taken over Afghanistan in less than a week, and it is now said to be going door-to-door looking for collaborators of the deposed regime.

General Haji Mullah Achakzai had been a sworn enemy of the Taliban for many years.

The video comes after the Taliban declared that there would be “no retaliation” against former adversaries, as the group goes on the charm offensive to gain legitimacy.

According to reports, the governor and police chief of Laghman Province, located near Jalalabad in eastern Afghanistan, has also been detained.

Check Out Video Below: