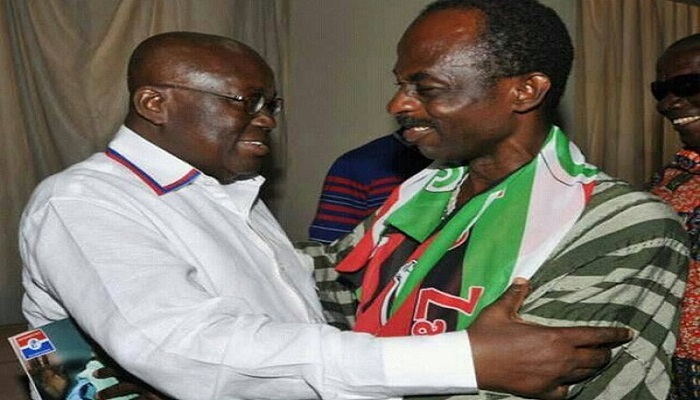 General Secretary of the opposition National Democratic Congress (NDC) has revealed he was once in the same political party with President Nana Akufo-Addo.

John Asiedu Nketia said they belonged to the United National Convention (UNC) which was a centrist political party in Ghana during the Third Republic (1979–1981).

General Mosquito, as he is popularly called, revealed this in an exclusive interview on Asempa FM’s Ekosii Sen programme Thursday.

He stated that, he was a Regional Organiser of the UNC while President Akufo-Addo was part of the national executives fighting for a democratic rule.

In the elections held on 18 June 1979,  UNC presidential candidate William Ofori Atta won 17.4% of the votes and the party won 13 of 140 seats in the National Assembly.

General Mosquito said the UNC was an amalgamation of both socialists and capitalists fighting for the cause of Ghana.

He is, therefore, at sea over what he described as undemocratic decisions being supervised by President Akufo-Addo.

“The 2020 election is the most violent in Ghana’s history and it happened under Akufo-Addo,” the NDC scribe fumed.

General Mosquito is convinced the only ideology which will move Ghana forward is socialism being championed by the NDC.