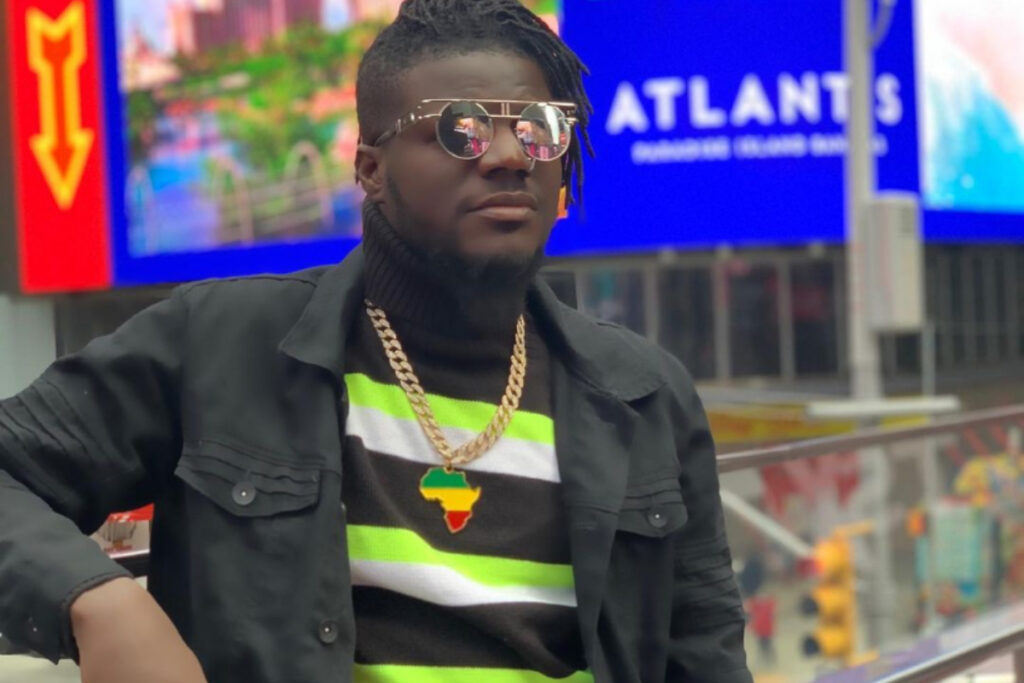 A Ghanaian based in the United States and describing himself as the President of the gay community, Black Jesus, has threatened to release videos of musician Pope Skinny engaging in gay romance and sex.

The young man who appeared furious in a live Facebook video stated that the musician who in, a video alleged that the late Ebony died because she was a lesbian, asked him to keep quiet or he (Black Jesus) would have his gay sex videos released.

Black Jesus said he was disappointed and became annoyed when he heard Pope Skinny slamming the late Ebony and denigrating her.

Rapper Pope Skinny a few days ago came out to reveal that Ebony died because she did what was considered an abomination in the sight of the gods in her hometown.

The rapper in the video alleged that Ebony and her late lover had sex when they visited her (Ebony’s) hometown.

Pope Skinny claimed that God revealed to him that Ebony and her partner Franky Kuri made love in her hometown in Sunyani and this triggered the gods of the land to strike them down.

But Black Jesus slammed Pope Skinny for his comments insisting he was gay himself.

He went on to allege that he (Skinny) is having an affair in the United States with another man.

He has since dared Pope Skinny to deny the allegations and he (Black Jesus) will release his sex videos.

He said Pope Skinny after making his claims against Ebony forgot to tell Ghanaians that his music career was funded by persons who associate with the gay community.

He said the private life of people is none of his business but he will not spare people who are gays and yet, attack their fellow gays.

He promised to also expose him to the US authorities so he would be deported for instigating hate against the LGBTQI+ community.