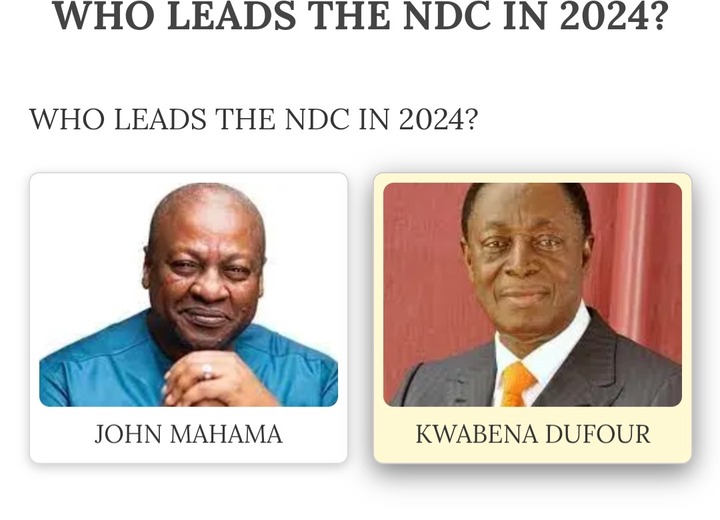 It’s been a week since United States based Ghanaian journalist started an online poll on who should lead the opposition National Democratic Congress in the next election. John Mahama has since 2012 led the NDC into 3 different elections in which he has won one. There have been calls on Joh Mahama to step down for new faces to step in.

Indeed, in a recent Economic Intelligence Unit report, the group suggested that the NDC has a good chance of winning the 2024 elections but not with John Mahama. Well, Kevin Taylor has also conducted a Facebook poll with the help of an independent online firm. The poll saw 5229 people cast their vote for either Dr. Kwabena Duffour or John Mahama to lead the NDC in 2024.

In the released poll, voting came from over 72 countries with about 3500 coming from Ghana. In the ensuing poll on who leads the NDC in 2024 over 5031 voted for John Mahama representing 96.7% while 198 or 3.8% felt that Kwabena Duffour should lead the party in the next elections. Interestingly, when you add up the percentages it goes beyond 100% making people to wonder how credible the poll was especially considering the fact that Kevin said he had to solicit for an independent organizing to handle the poll on Facebook.

Ransford Gyampo: Chiefs do not have the power to order shut down of radio stations