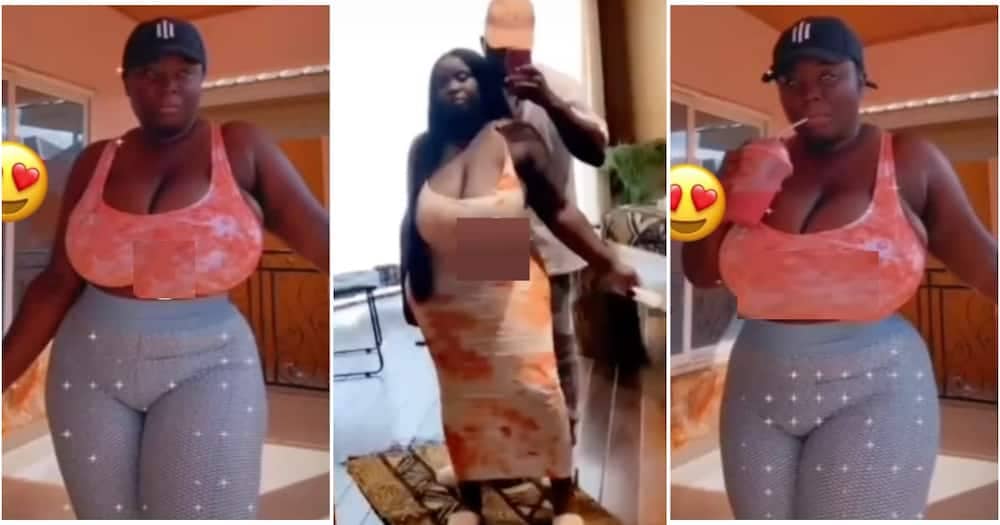 Ghanaian actress Maame Serwaa, known in private life as Clara Amoateng Benson, has come up on social media over a new video.

The video happens to be a special moment recently Maame Serwaa shared with her handsome boyfriend which has just found its way onto the internet.

In the video which was posted on Instagram by @marigyata, Maame Serwaa was seen bending down while doing something which was not captured on the camera.

While at the thing she was doing, the young man stretched his arm to grab her protruding behind. He played with what he had got in his hands for a few seconds.

A tickled Maame Serwaa was heard shouting in excitement. After that hay moment, the 23-year-old actress was seen wearing the same dress and moving toward her man who was seated.

When he appeared in the video again, the young man had what looked like smoke coming out of his nose.

Later, Maame Serwaa sat down while she mimicked audio in the background which suggested that she had a soft body.

Watch the video below :