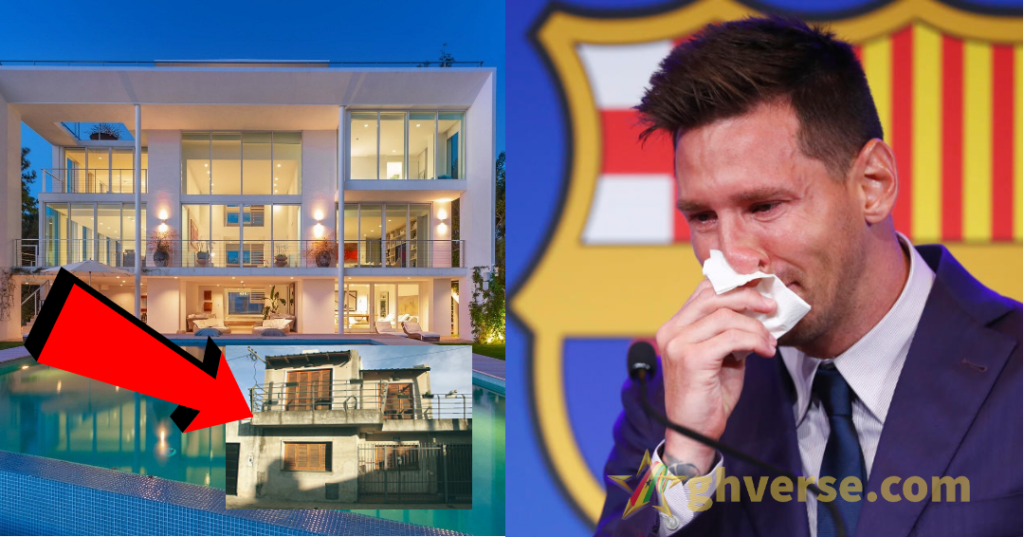 It is an evident truth that most successful individuals in our world have humble beginnings, including the worlds most prolific goalscorer and creative play-maker, Lionel Messi. Did you know that Messi is widely regarded as one of the greatest players of all time, holding a record of the player with the most Ballon d’Or awards: 6?

The Former Barcelona attacker is today regarded as one of the wealthiest footballers in the world. However, have you ever thought of knowing the humble beginnings of Lionel Messi?

In this post we take a look at Messi’s house in Argentina at the beginning of his football career against his current $7 million mansion in Spain today. This is only for us to appreciate the success of Lionel Messi and encourage ourselves to do what we do best.

Having lived most of his life as a professional footballer in Barcelona, Spain, the celebrated footballer chose to build his a residence there. The lavish mansion is located in Bellamar neighborhood of Castelldefels; an area which houses most Barcelona players like Luis Suarez and Gerard Pique. Lionel Messi’s bought his house $2 million but is currently priced approximately $7 million.

Messi happily lives together with his wife Antonella, three kids and two dogs. His success reflects his lavish lifestyle.

The picture above is Messi’s childhood home. Located in La Bajada neighborhood, in Rosario, Argentina, Messi lived here together with his family. This small town of Bajada is where the story of the six-time world best player began. Downtown is the Malvinas compound-Newell’s soccer academy, where the young Messi was filmed dribbling some opponents. This is where it all started.

So, let this story of Lionel Messi encourage you to give in your best towards what ever you are doing now.