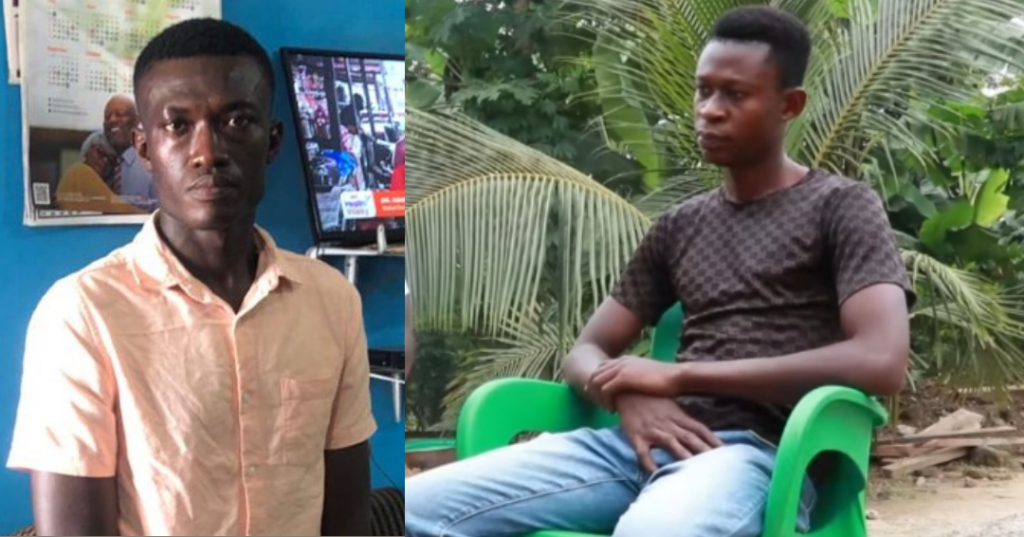 A young man named Nyame Noah has made an exclusive revelation on issues surrounding the personality of the viral Abesim Murderer, Richard Appiah.

Speaking to Sunyani based Ark FM in an exclusive interview monitored by Ghverse.com, Nyame Noah said that Richard’s mother once served him with a strange food which he refused to eat. Nyame recalls that the woman told him to come and see her in the evening or night for a secret Information.

Nyame Noah in the interview said;

” I had agreed to follow Richard Appiah to harvest his cocoa in the farm. On our way, his mother called me inside her shop and gave me a strange food for two. The food was strange because I never understood why she will serve Such a small quantity of food for two grown men like myself and her son” Nyame Noah revealed.

” However, she told me to come back for more food if what she served doesn’t satisfy us in the farm. I told myself that this is strange. Because, she could have given us the whole quantity at once. Why does she want me back again?” Noah asked himself.

When we got ready for the farm, the woman called me again and told me to come and listen to a message in the evening or night. Again I should keep that message a secret without telling her son” Noah continued with the revelation.

” Due to the strange quantity of the food, I refused to eat when we got to the farm. I was feeling uneasy. Richard ate the entire food after I declined to take part”

“Due to the strange feeling I had within my Spirit, I DECIDED not to go near Richard Appiah again. I didn’t want him to see me any longer so I even decided not to go and listen to the Information his mother had wanted to tell me”

This is an account of Nyame Noah’s encounter the Abesim murderer Richard Appiah. As to what secret Richard’s mother wanted to tell, Nyame Noah never got to know till date.

Richard Appiah, the man who is accused of killing two kids and storing their body parts in a refrigerator at Abesim in the Bono Region, has been remanded by a court in Accra.

Appiah who made his first appearance at the Kaneshie District Court Thursday, is facing two counts of murder, it is reported.

The accused allegedly murdered Louis Agyemang and Stephen Boateng and also buried some of the body parts at a farm.

Appiah who was without legal representation, is expected to reappear on September 15.