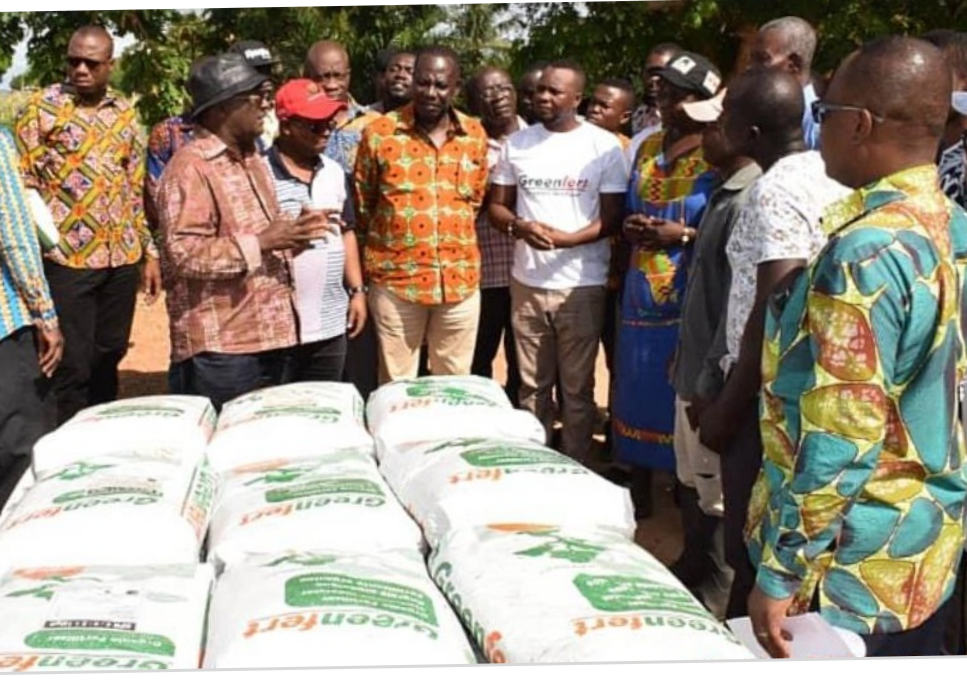 Former National Democratic Congress’ Member of Parliament for Ejura Sekyeredumase Constituency in the Ashanti Region, Alhaji Mohammed Issifu Pangadu says he is being attacked for praising the positive impact of President Akufo-Addo’s Planting for Food and Jobs (PFJ) initiative.

According to him, his party members disagree with this public praise of an opposing party’s policies.

“When I was in Parliament, even though both NDC and NPP or majority and minority disagree on many issues when it comes to issues of national development, we build consensus in the interest of Ghana. Why should you have a problem with a testimony from a former NDC MP who is benefiting from NPP good intervention?” Pandagu quizzed.

He said the problem of Ghana is dishonesty and hypocrisy.
Pandagu stated that without government’s support through the Planting for Food and Jobs, his life after being a Parliamentarian would have been unbearable.
Speaking at the commissioning of a 100,000 capacity fertilizer and improved seed warehouse constructed by a private agrochemicals dealer RansBoat Company Ltd, Mr. Pandagu called on Ghanaians to eschew partisan politics and support initiatives that alleviate the plight of people.

“Both NDC and NPP are beneficiaries of subsidized fertilizers and improved seeds. It has improved the yields of farmers and I have benefited tremendously. I’m a Muslim so if I stand anywhere and give false testimony about it, Allah will punish me,” Former NDC MP Pandagu said.

He urged Ghanaians to take advantage of the intervention and venture into Agriculture.

General Manager of RansBoat Company Ltd, dealers in agrochemicals and poultry farms, Mr Teddy Adei said their supply chain has bridged the gap in the accessibility of farm inputs by farmers in the rural areas which have in the past impeded productivity.
According to Teddy Adei, RansBoat constructed the 100,000 capacity warehouse to stock inputs in excess and avoid the acute shortage of farm inputs that bedevil farming in rural Ghana.

Many farmers, however, still complain of acute shortages but RansBoat says it has the capacity to supply almost the entire country on time if government would increase it allocation.

Mr Teddy Adei wants government to reduce taxes on the importation of battery cage equipment to enable local poultry farmers to mechanize their farms to augment government’s Rearing for Food and Jobs.

He added that RansBoat currently has 64,000 layers and intends to start 100,000 broilers by next year.

They are aiming at producing 120,000 metric tonnes of processed poultry annually to reduce the importation of poultry into Ghana.
Eastern Regional Minister, Eric Kwakye Darfour commended RansBoat for their dedication to the Agric sector.

He said the 100,000 capacity fertilizer warehouse would help ensure a constant supply of inputs to farmers and promote government’s aim of making farm inputs available and accessible to all.

He, however, expressed worry over the continuous activities of illegal miners and sand winners in the Eastern Region which pose a threat to the success of the Planting for Food and Jobs.

He said these illegal miners, who come armed to the teeth, enter into farms at night and cause devastation.

According to Mr. Kwakye Darfour, the Regional Security Council is working to bring and end to such activities that inhibit the progress of the Planting for Food and Jobs.