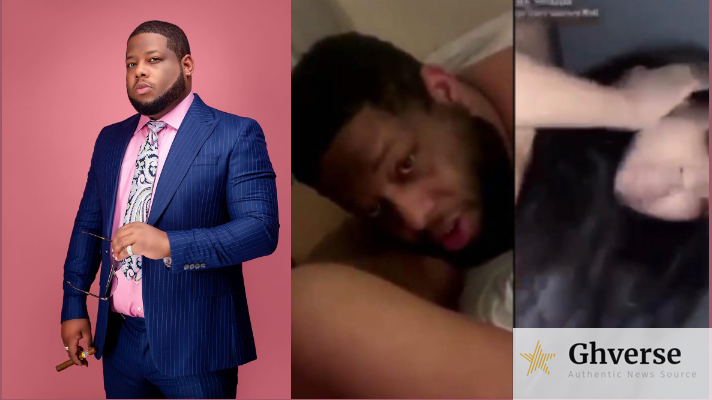 The lady in D-Black’s bedroom video that went viral on the internet, Adrienne Nicole Edwards, has popped up in a new video to report on the leaked tape.

Desmond Blackmore, known within the showbiz space as D-Black, became the talk on social media on Thursday September 17 when his bedroom video went viral.

Adrienne Nicole, in her statement revealed that, the said video with D-Black whom she describe as her former husband was leaked after she lost her phone.

According to Nicole, she had already reported the leaked videos which have been posted, which had led to many of them been taken down. She further retorted that she is currently working with authorities both in Ghana and the United States to get to a positive end of the matter.

Nicole touched on the effects of the leaked video on her life as a very private individual and urged all others who have the video online to take them down.

“These last few days have been just rollercoaster for me and my family [and]for this to happen to me or him [D-Black]. He is one of the most amazing men I’ve ever met and for this to happen to us, I can’t belive this. But we are working with authorities. And I’ll also like to thank news outlets and blogs who took down the video and also ask others to do same.”