Nigerian Couple Go for Their Wedding in UAE With No Guests, Photos of Beautiful Low-key Event Go Viral 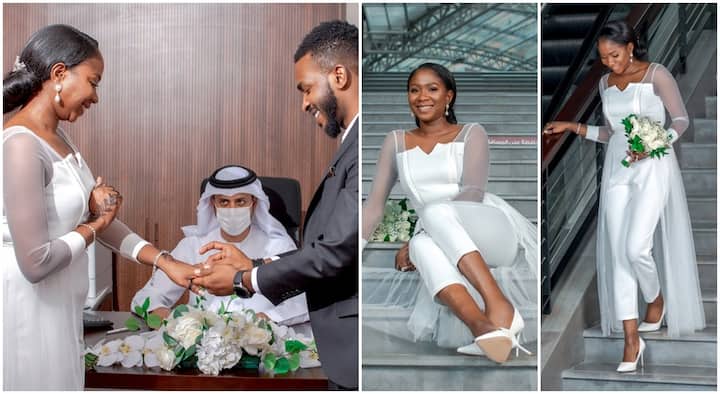 A Nigerian man named Duru C.E. has signed the dotted lines with his pretty girl in the United Arabs Emirates, UAE. But some people readily noticed that there were no guests at the wedding as the man attended the registry with his wife just the two of them.

However, Duru said the big wedding is still coming in the future after Twitter users started making comments about how good it is that his wedding had just the two of them and low-key.

According to Duru, he was friends with his wife for 5 years before they tied the knot at the event in UAE. While sharing the photos, Duru said:

“After 5 years of friendship, including 3 years of exclusivity, we have finally signed the doted lines, at the UAE Judiciary. Will be spending the rest of my life with the Love of My Life.

“My gratitude to friends and family (both on and off Twitter) who always stood by us. The BIG wedding still in front and we will share dates in the appropriate time.”