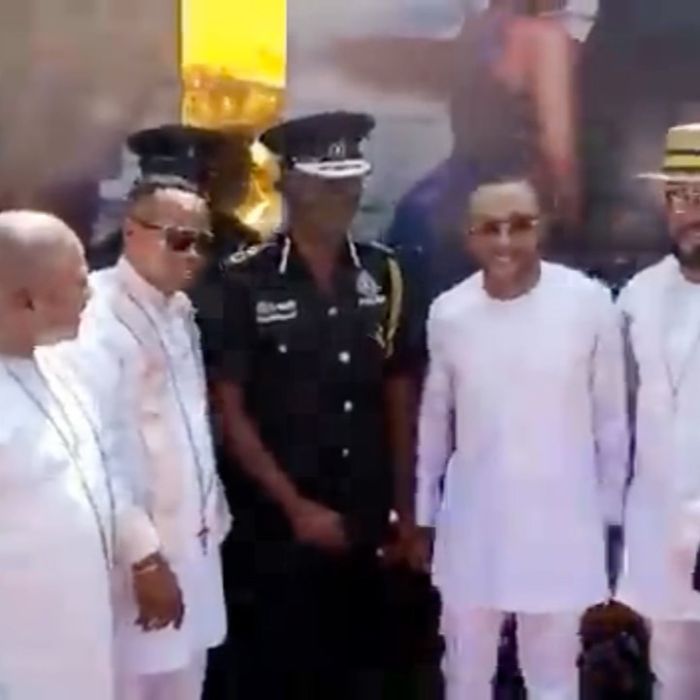 It was a hilarious moment at the engagement ceremony of COP Kofi Boakye’s daughter as Owusu Bempah met IGP Dampare.

The man who had the balls to lock up the pompous pastor came face-to-face with him at the event.

Owusu Bempah was left smiling awkwardly as he exchanged pleasantries with Dampare as other dignitaries looked on.

After their awkward introductions, they took a couple of photos for the camera.

The moment has tickled social media users due to how hilarious it is.

Owusu Bempah seriously looked scared that something would happen to him even though he was smiling.

However, netizens say his smile was fake.

Watch video of the moment below…