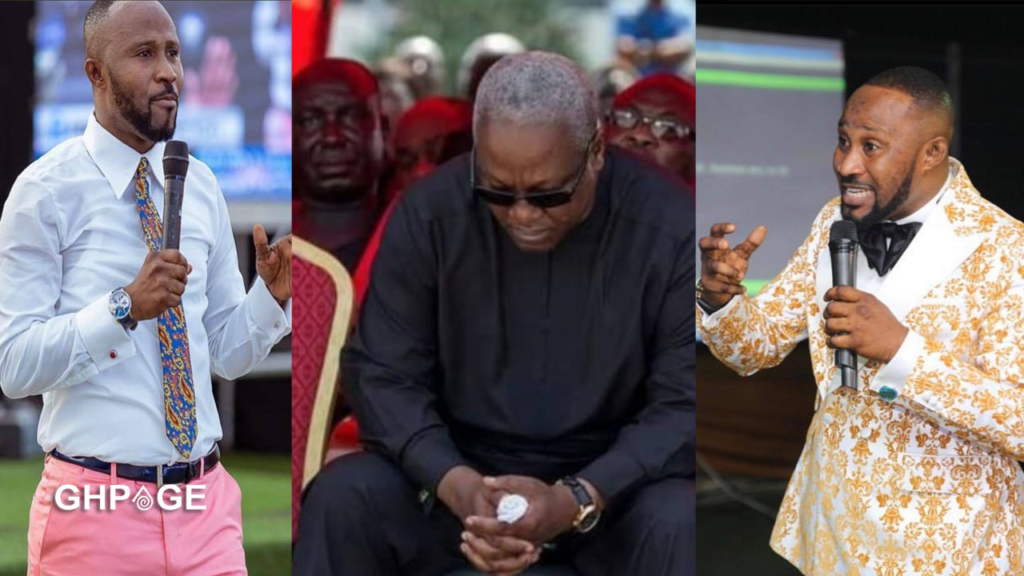 The founder and leader of Springs of Grace Executive Fellowship and Pastor Prince Ministries, Pastor Prince Elisha Osei Kofi has advised John Mahama to immediately visit his father’s grave else he might wake up to a piece of bad news in the couple of days ahead.

According to the cleric, the former president’s enemies are tirelessly working behind the clock to see to it that he mourns a beloved very soon.

Speaking on Kingdom FM, Pastor Prince spoke in parables and codedly insinuated that if John Mahama fails to visit his father’s grave as soon as possible, he might lose a treasure.

The famed man of God continued that, John Mahama doesn’t need to come to him for consultation and how to reverse the impending calamity.

But he should just do as he has suggested i.e. Visit his father’s grave to observe and fulfil some long-awaited spiritual rites and rituals.

Decoding Pastor Prince’s message to John Mahama, the NDC bigwig might lose the 2024 elections and also wake up to the news of the death of a very meaning person to him if he fails to visit his father’s grave.

As suggested by Pastor Prince, John Mahama should treat his prophecy as a matter of urgency if he wants to destroy the calamity hovering over his head.

Watch the video below to know more…