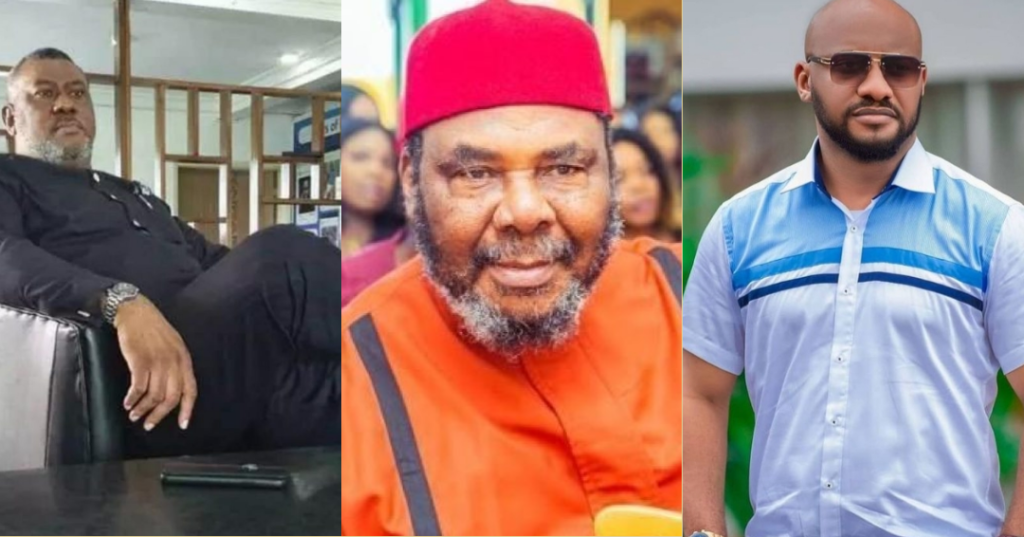 Nollywood actor, Pete Edochie, 74, is a major part of the childhood of many Nigerians.

Amazingly, the veteran actor is still doing what he loves to do best.

However, while he is popular for his movie roles and wise words, not many know about his personal life. Thankfully, social media has made it easy to know and connect with the veteran film star and his children.

Pete Edochie has six children – Five sons and a precious daughter Eva, who is the second child.

In this article, Legit.ng sheds light on the five sons of the veteran actor Pete Edochie.

1. Leo Edochie Leo is the first son and child of the veteran actor and he has a great resemblance with the elderly film star. The middle-aged man is not in the limelight as he is not in the entertainment industry like his father.

2. Uche Edochie Uche is the second son but the third child of Pete Edochie. The young man is a renowned painter and a visit to his Instagram page attests to it. He also loves to share beautiful photos of his family while showering them with lovely compliments. Although he is also not in the limelight, Uche is active on Instagram unlike his elder brother.

3. Linc Edochie Linc is the third son of the family. He took after the acting career of his father Pete. A visit to his page shows photos from various movie sets.

Gene Edochie Gene is the fourth son of the veteran actor. Although he is not active on social media, his photography page is, however, spotted online.

5. Yul Edochie with almost 2m followers on Instagram, Yul is the most known of the Edochie brothers. The young man is the last son and child of his family. Yul is known to be vocal and often makes headlines.

He is also known to play controversial roles in his movies as he is fast gaining a reputation like Kanayo O Kanayo. Yul is also popular for his deep bass voice.