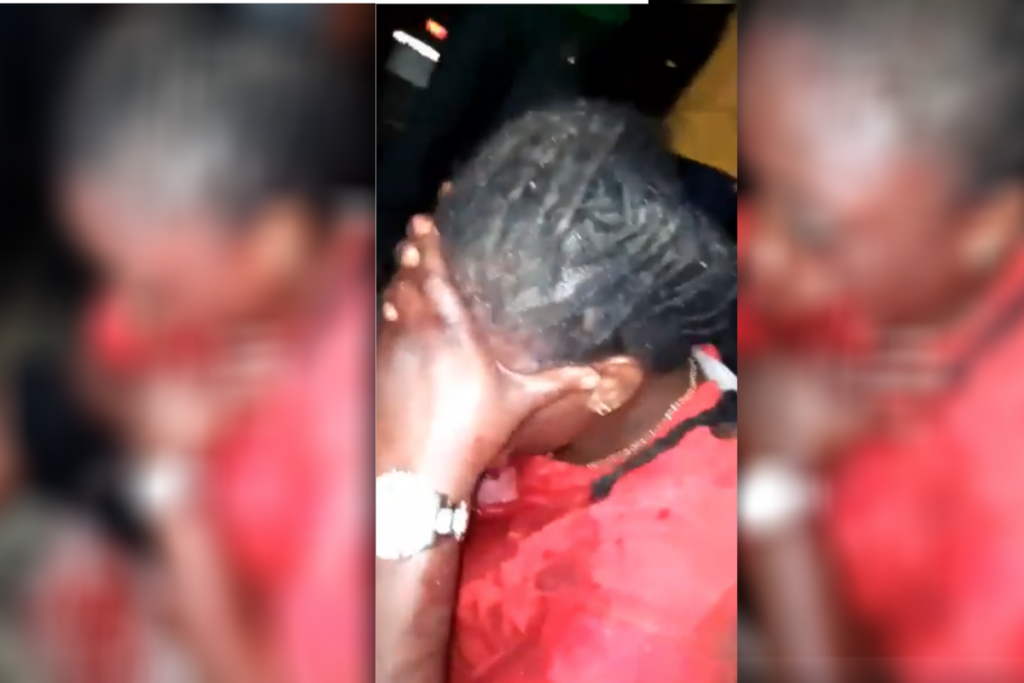 A police officer has disfigured the face of his girlfriend after he shot in her mouth simplly the lady allegedly broke up with him.

According to the victims brother, the policeman who apparently was broken hearted after the girl broke up with him went berserk and did the unexpected.

It was gathered that after the policeman perpetrated the crime, he fled from the crime scene and abandoned the victim.

Footage of the incident, sighted by Ghverse.com and had been trending online showed the lady grappling in pain as some good Samaritans rushed her to the hospital for treatment.