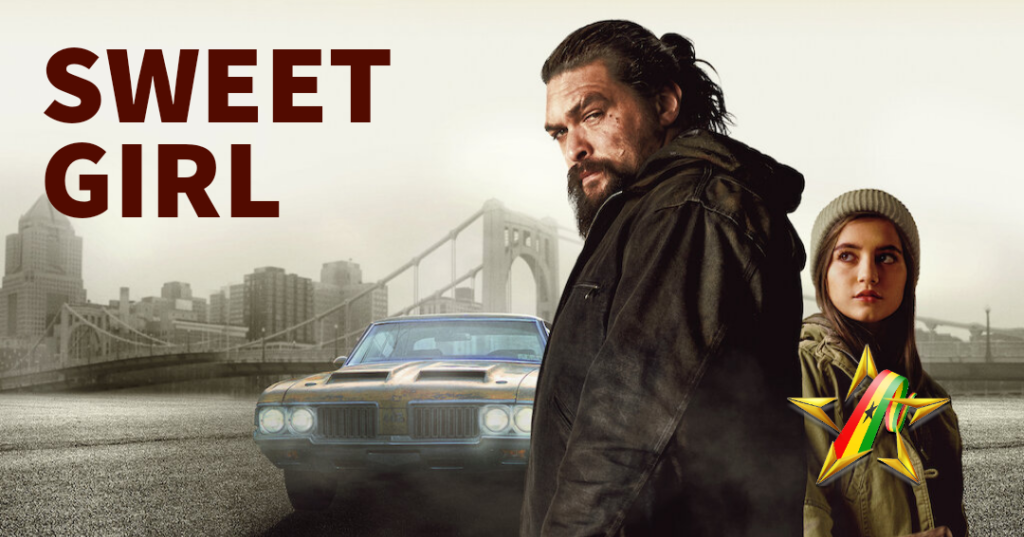 “Sweet Girl” is a drama with action sequences stitched into it. It’s about a man trying to get revenge for his wife’s death from cancer at the hands of a depraved and indifferent pharmaceutical company while his daughter (Isabela Merced) is pulled along by the currents of his rage. Momoa’s character, ex-military guy Ray Cooper, feels like one of those soft-spoken, “All-American” character parts, the kind that’s currently being played by an array of fortysomething Anglo guys in baseball caps. As such, it asserts Momoa, who is half-Native Hawaiian and part Native American, as a representative everyman, just as relatable as somebody like Mark Wahlberg or Matt Damon. And it gives Momoa, who gained fame as Khal Drogo on “Game of Thrones” and Aquaman, a chance to show us sides he hasn’t presented yet—in particular the distress of an ordinary (though large and tough) man who has no superpowers or cavalry, and must go it alone against enemies that get away with murder because the system is set up to rubber-stamp their profit-making.

Devoted family man Ray Cooper (Jason Momoa), vows justice against the pharmaceutical company responsible for pulling a potentially life saving drug from the market just before his wife (Adria Arjona) dies from cancer. But when his search for the truth leads to a deadly encounter that puts Ray and his daughter Rachel (Isabela Merced) in harm’s way, Ray’s mission turns into a quest for vengeance in order to protect the only family he has left. (Netflix)