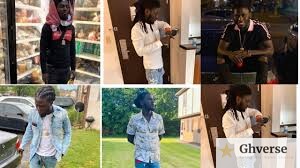 US based Ghanaian Deceased through Gun shot

US based Ghanaian shot dead by his fellow Ghanaian. This incident occurred on Thursday night September 17, 2020 in columbus ohio at a parking lot of an apartment. Dennis Mensah and Prince Asare had a little misunderstanding over car crashed at ohio . The crushed happened when these two Ghanaians was reversing their car in the Same direction.

However they couldn’t control their temper so it brought animosity between the two sides and stared throwing shades towards each other , while exchanging words the temper went up so Dennis Mensah entered his car and brought out a gun due to uncontrollable temperament he shot his fellow Ghanaian prince Asare.

Ohio Columb US police rushed him to the near by hospital called Riverside Methodist Hospital , they tried their possible best to save his life but prince Asare deceased.