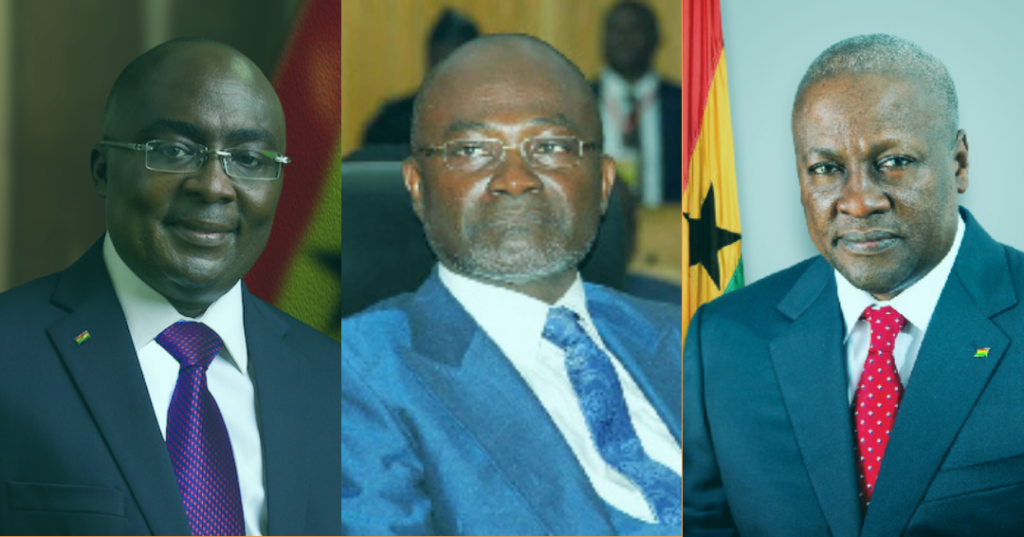 It is a little over 2 years for the next elections. In 2024 President Akufo-Addo will step down after completing his two terms in power. Opposition leader John Mahama is expected to lead the National Democratic Congress in the next elections. For the ruling New Patriotic Party, they will have to feature a new face to lead the party.

Already the campaign has started and many tip Alan Kyerematen and Mahamudu Bawumia to fight to the wire as to who heads the party. Well, a Ghanaian prophet in the Ivory Coast has predicted the winner of the next elections. According to him John Mahama will win the next elections. Maybe, this isn’t so surprising because many tip the former president to win.

The interesting part of the prediction is when the supposed man added that God has revealed to him those who will lead the NPP and NDC in the election 2032. According to him God has revealed to him that COP Kofi Boakye will lead the NDC in 10 years’ time. He added that he also saw Kennedy Agyapong holding the flag of the NPP and leading them 10 years to come.

As funny as it seems, only time will tell if Ghanaians will remember this prophecy slated for 2032. Maybe as the saying goes, the internet doesn’t forget. COP Kofi Boakye has been tagged as NDC though he hasn’t shown any declarations. For the NPP it is not certain if Kennedy who is now 62 will still have the nerves and strength to contest at age 72. Time will tell

Use the link below to watch