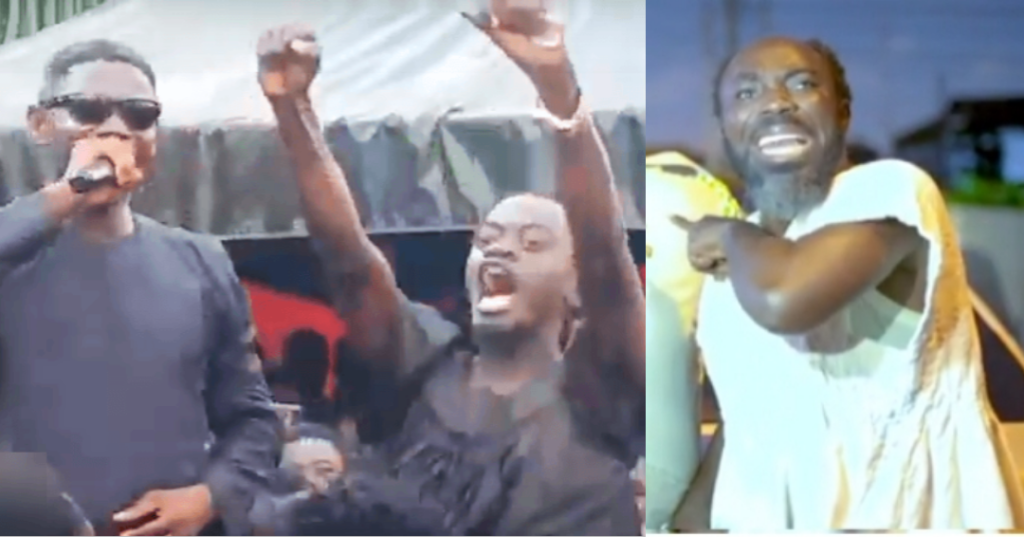 Ghanaian comedian and actor, Big Akwes has exposed colleague actor Kwadwo Nkansah, known within the scope of the entertainment as Lilwin.

Big Akwes together with Oteele in a video accounted some of the diabolical strings the actor and entrepreneur has been pulling designed to bring other actors down.

According to Big Akwes, Lilwin disrespected veteran actor Agya Koo at the funeral of fellow actor Agya Manu who passed on recently.

Watch This: Delivery Guy Gets Seduced By Female Client But Fails To Control Himself [Watch Video]

Big Akwes continued that Lil Win wanted all the attention of the funeral attenders so he arrived late.

The video as sighted by ghverse.com is embed below and throws more light on their grievances towards Lilwin for being evil but act saintly publicly.