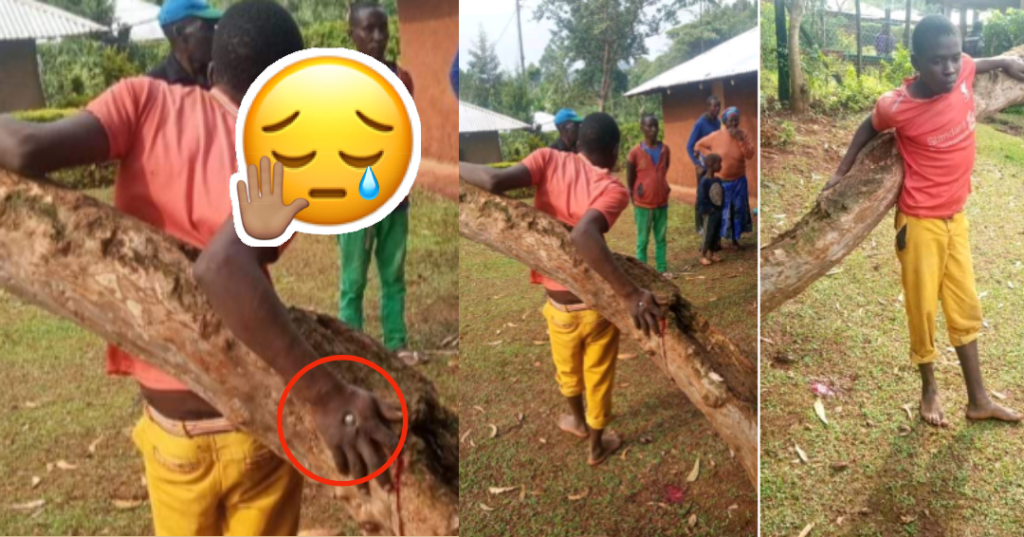 Residents of Chamasili village in Sabatia sub-county in Vihiga are in shock after a 19-year-old man was nailed on a tree for an allegation of stealing a radio.

According to a police report , Collins Sambaya was nailed by a suspect identified as Elvis Irime.

Sambaya was secured on a tree using two roofing nails driven through each palm of his hands.

“It was reported by North Izava location chief namely Evans Endesha by phone, that he received a report that a person had been nailed on a tree by some people,” a police report reads.

Security officers arrived at the scene and found the victim still nailed on the tree but the suspect disappeared to avoid arrest.

“Upon seeing the police approaching the scene, the assailant suspect (Elvis Irime) ran away and is still at large.” the police report adds.

The victim was successfully rescued and rushed to Mbale referral hospital in stable condition where he is receiving treatment.

Police are hunting down for the suspect.

The incident has attracted the rage of Kenyans who took to social media demanding action.