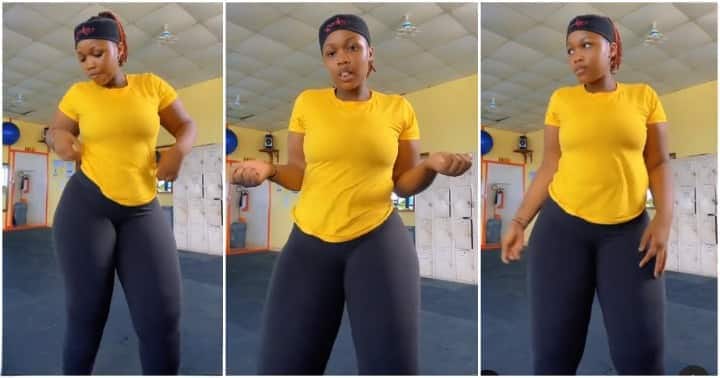 A well-endowed lady has caused a massive frenzy with her sensational and alluring dance moves in a steamy video making the rounds on social media.

The young lady appeared in the video sporting a colourful shirt over leggings that firmly hugged her figure.

The young lady, whose identity is yet to be known, captured herself dancing to a banger to delight social media users.

In the video seen by Ghverse.com, the lady is seen gyrating and whining her waist in a fitted outfit, which has stirred excitement online.

Watch her video below: