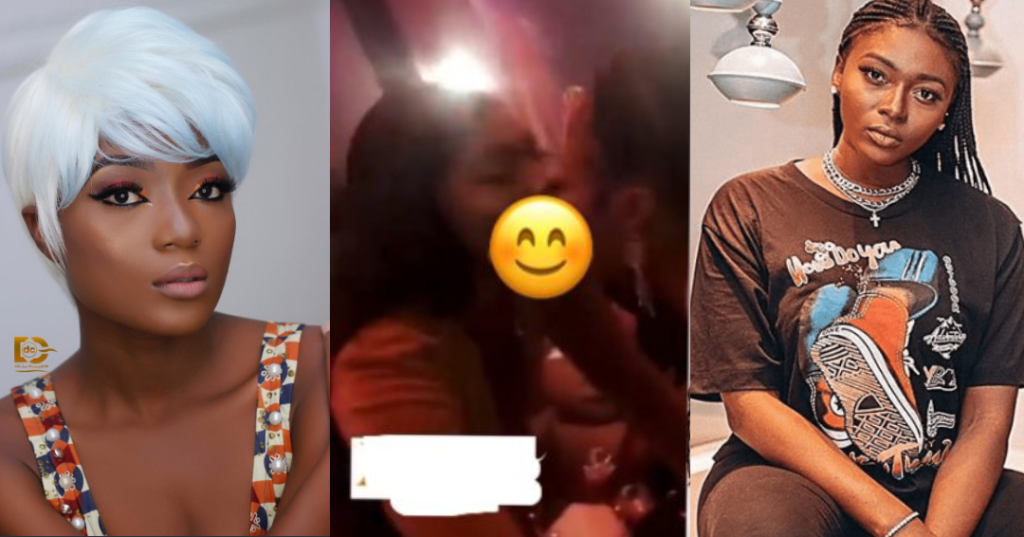 Social media users can’t keep calm as video of Efya and Sefa having a lip kis$ at a party pops up on the internet.

The two are amazing with their voice and vocal power, with both of them having lovers and fans who look up to them, hence people worried about this video since they feel is promoting wrong cultural values.

In the video as sighted by Ghverse.com, you could see Efya walking by when she saw Sefa, and immediately called for her but the table between them couldn’t make them hug to exchange pleasantries and landed them into ki$sing.