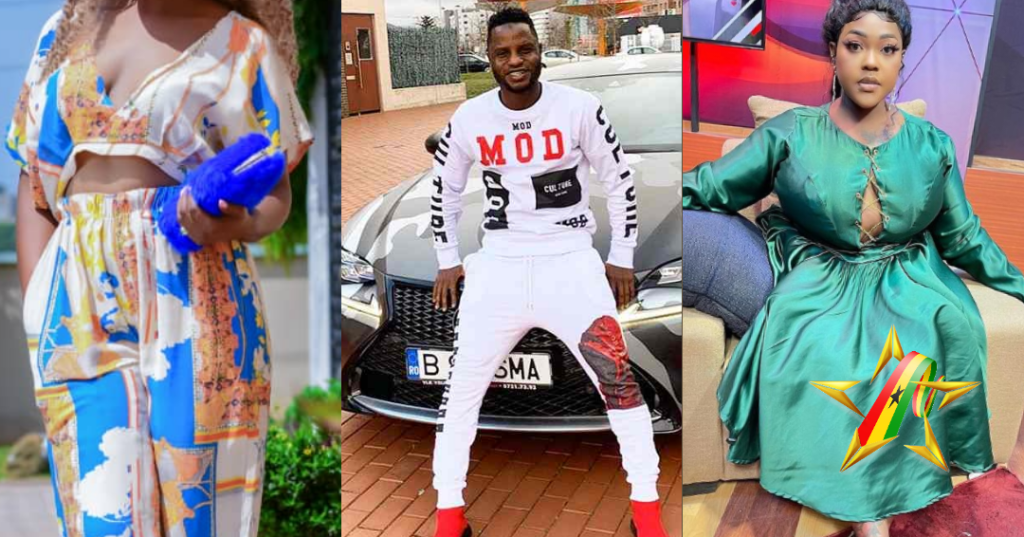 Mona, on Wednesday addressed Joyce Boakye and describes her as a beggar friend and wannabe celebrity.

Moreover, in a video she posted of a lady named Cindy Cash standing by her side, the woman characterized Joyce Boakye as toothless and stated she did not have someone in her family of MonaGucci’s caliber.

Mona’s four children, she said, are a godsend because she, Cindy Cash, has undergone several abortions.

Joyce Boakye Allegedly allows footballer Mubarak Wakaso to bang her and that she needs to beg him before he does so, according to Mona’s caption.

She said that she had to beg for his attention all the time since she was his female toy. She went on to say how she is poor and unable to pay her rent since her 74-year-old sugar daddy, whom she married, abandoned her after she cheated on him with a younger guy.

She went on to add that the Wakaso accusations were ridiculous because they knew who was actually sleeping with her while pretending to date her.

Joyce should avoid Tracey Boakye because she is an opportunist, she cautioned. She finished on a negative note, mocking Joyce’s mental condition and referring to her as miserable and insane.