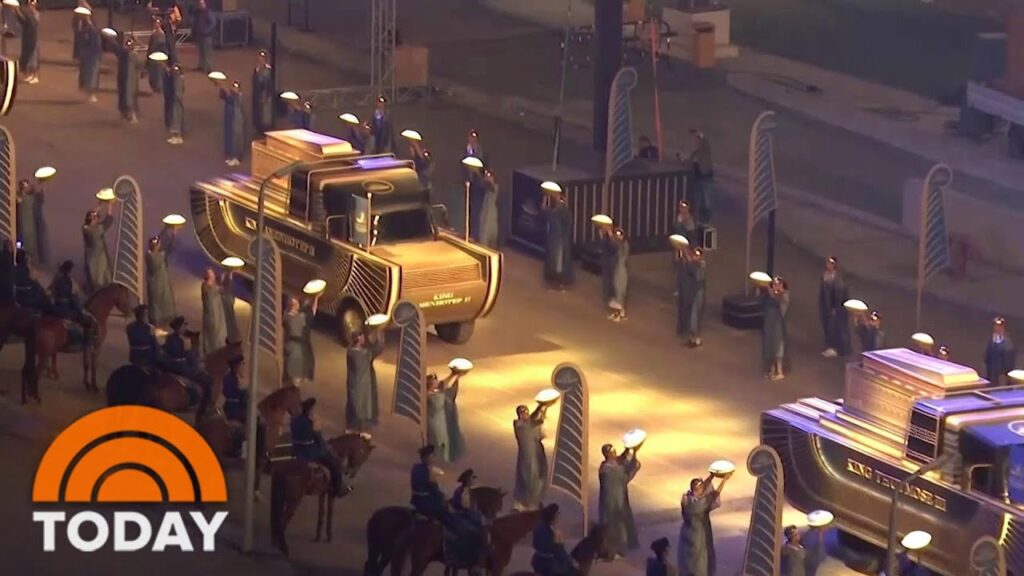 Ancient mummies of Egypt’s royal pharaohs emerged from their resting places Saturday and were paraded through the streets of Cairo to a new home.

What sounds like the plot of a movie was part of a lavish celebration of Egypt’s history and a project to relocate some of its greatest treasures to a new high tech facility.

The mummies of Ramses the Great and 21 others were part of ‘The Pharaoh’s Golden Parade,’ a highly anticipated event organised by the Egyptian Ministry of Tourism and Antiquities.

The parade route took place between the Egyptian Museum, their old location near Tahrir Square, to their new home, the National Museum of Egyptian Civilisation in Egypt’s first Islamic capital, al-Fustat.

“This majestic scene is new evidence of the greatness of [the Egyptian]people, the guardian of this unique civilisation that roots back into the depth of history,” Egyptian President Abdel-Fattah El-Sisi said on Twitter.

“I invite all Egyptians and the whole world to follow this unrivaled event — evoking the spirit of the great ancestors who preserved the homeland and created a civilisation in which all humanity takes pride — to keep on our path that we have started: the path of construction and humanity.”

Along with the 22 royal Egyptian mummies, 17 royal sarcophagi were also transported in the procession, which moved along the Nile River and was accompanied by chariots and horses, according to Egypt-run Ahram Online.