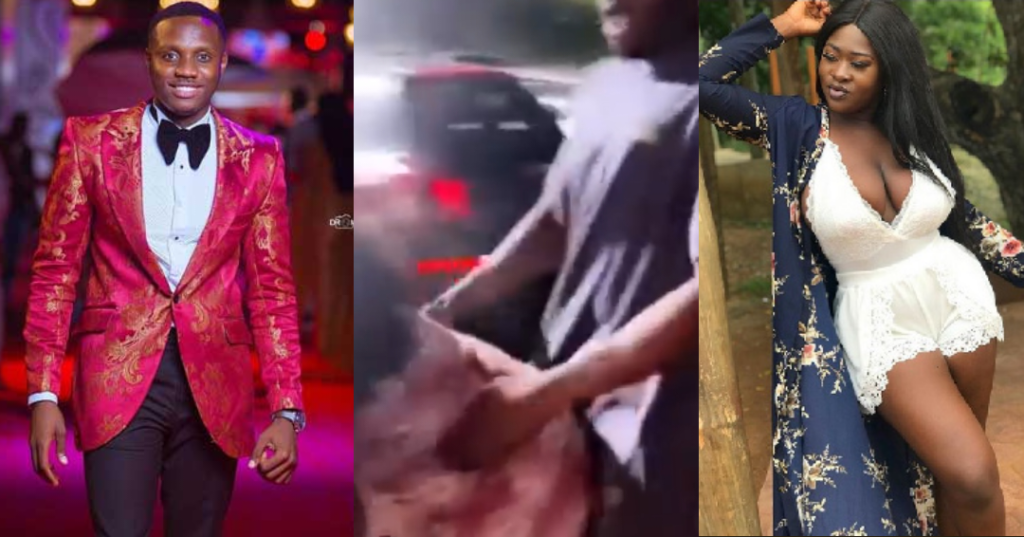 Bernard Fiifi Yankey in the behaved as if he was joking with Sister Afia but was actually having a good time grinding her huge backside and smooching Siter Afia’s soft body.

Sister Afia also behaved as if she doesn’t like what he is doing but you could actually see her hand around Yankey’s waist while trying to flee from the glimpse of Benard.

Bernard Fiifi Yankey who had no intentions of letting Sister Afia go, held her very tight by the car and he was giving ‘atopa’ movement in front of Sister Afia.

Bernard Fiifi Yankey is one of the popular stylish guys on social media. Not a week pass that he won’t be in another country enjoying life. Interestingly it was not known what his source of incom.e