WATCH: Kumasi Pastor In Hot Waters After Wife Caught Him Sleeping With A Chorister 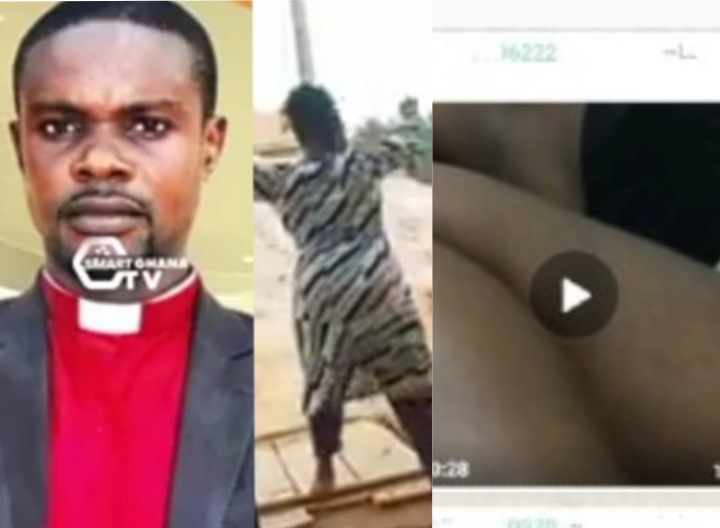 A man of God in Kumasi called Pastor Patrick has found himself at the wrong side of the public after his wife of several years caught him having an affair with a member of the church.

According to the woman who gave her name as Nana Akua, she has suffered a lot to be taken for granted by her “pastor Husband”.

Trending
The Jaguar Species: Classification of the Panthera onca

According to her, when she and Pastor Patrick met, he didn’t have a dime to his name and even though he was a pastor, his church was a wooden structure with small members.

“This man asked me to use the money I had gathered over the years to build my house to lend him so that he can marry me. He promised to pay me back. And because i loved him, I agreed. He went ahead to not only cheat on me but marry another woman without my knowledge! Is that what a man of God does? He’ll never have peace for what he did for me!”

Watch the video for more;

Check This Out: WATCH VIDEO: Man Gets Stucked While Chopping A Married Woman

Please leave my wife alone – Man hangs posters on the streets to warn his wife’s side guy(PHOTO).