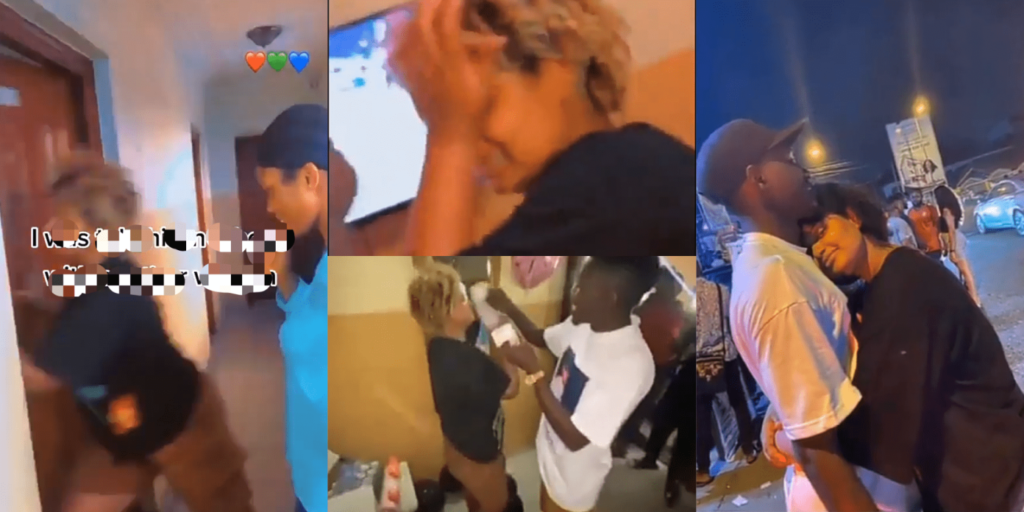 A lady got emotional after bumping into a surprise birthday party fashioned out by her boyfriend.

The yet to be identified birthday lady was initially pranked.

She was told that her boyfriend was with another woman at a hotel and boiling with rage, she stormed the hotel only to behold the mind-blowing and beautiful sight.

SEE ALSO:Pretty Lady In Tears After Video Of Her Giving “Bl0w J0b” To Guys In Club Went Viral [Video]

The lady who couldn’t control her emotions shed tears of joy while her boyfriend made money rain on her alongside other individuals who were present at the venue.