Watch: wife disciplines husband’s side chick after catching them in a hotel 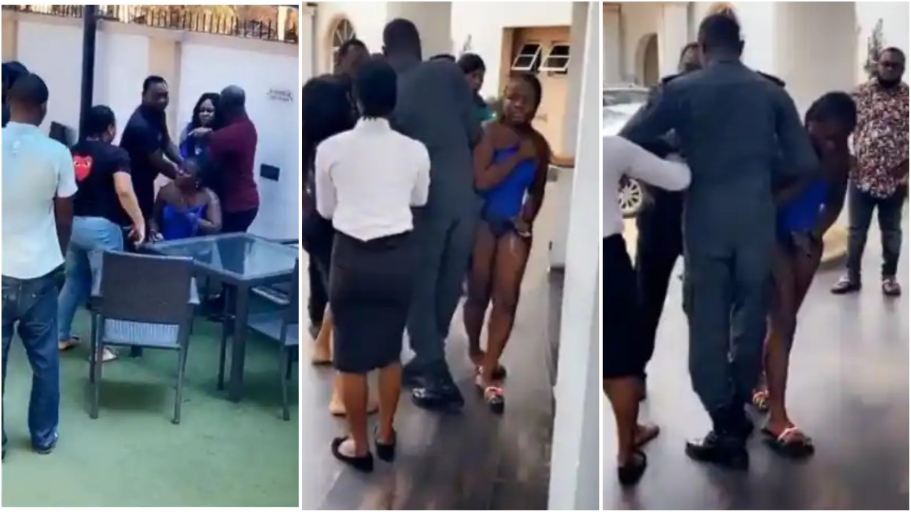 Wife beat the hell out of side chick after she met face to face with the side chick and found out that she has been meeting her husband in secret.

A video privy to Ghverse.com and is all over on social media, shows a married woman accosting her husband’s girlfriend.

The wife was spotted beating and holding on to the side chic’s cloth as she embarrassed her in public for having an illicit affair with her husband.

The beating got to the extent that the wife tore the side chic’s clothes and left her unclad as security personnel tried to handle the situation.

Wwe watch the video below