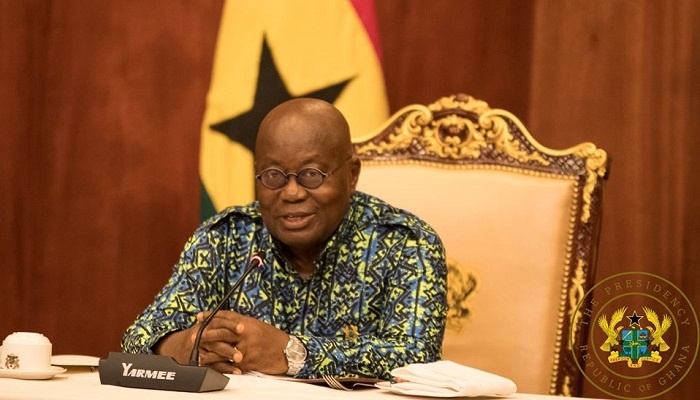 President Nana Akufo-Addo says the country is lucky to have him as President, amidst the prevailing economic challenges.

According to him, though there are existing difficulties, his regime is the best thing that could have happened to Ghanaians.

The President made these remarks during his recently ended tour of the Upper West and Savannah regions.

“You are lucky you have me as the President of Ghana,” he remarked.

Addressing a gathering of chiefs and people in the Yapei-Kusawgu District, he also berated the National Democratic Congress (NDC) for failing to spearhead development in the area.

In his submissions, he expressed disappointment in the opposition NDC for doing little for the community, despite having represented them in Parliament for many years.

On that note, he pledged the commitment of his government to deal with the litany of problems, which the chiefs of the area drew his attention to.

“What this tells me is that the eight elections conducted in Ghana since 1992 have always gone to the National Democratic Congress and yet when I come here, I hear all of these demands.

“The young man who for a long time was Deputy Minister of power, 17 communities in his district still have not been connected to electricity grid,” he noted.

President Akufo-Addo continued: “But Yagbonwura, you are lucky, you have me as the President of Ghana. I’m going to do it for you.”

His comments add to the scores of assurances from government in the wake of the dire economic situation.

Ghana is currently reeling under severe economic pressure with the country’s economic indicators weakening by the day.

As of now, the country’s currency, the Ghana Cedi, is consistently depreciating against the dollar, with persistent increments in fuel prices and cost of living.

But government, however, maintains that, it is working assiduously to deal with these issues in order to put the economy on a sound footing.